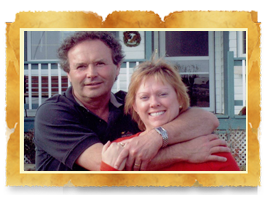 Eagle's Wings believes in the power of God to change lives and circumstances.The very existence of this christian ministry is birthed from much prayer and many prophesies from North America and Israel.

Their vision was to take their team to the highways and the byways across Canada and beyond the borders to win the lost and set captives  free with there healing and prophetic ministry.

Lois started her private ministry in 1987 after being delivered from nightmares. She was  immediately enrolled in the "Holy Spirit School Academy"  where the Holy Spirit began to train and equipped her for...hands on ministry. In 1992 after a four-hour intimate encounter  with the Holy Spirit, Lois was radically healed from being angry at her mother and feeling rejected from her father. She has prayed for many people over  the 23 years witnessing people being healed and delivered from breast cancer, scoliosis, arthritis, many types of infirmities,fear, anger and much more.

Lois was in prayer ministry for It's a New Day, TV.  Six years in Women's Aglow where she had become the President of her Chapter.
After receiving many prophetic words she was lead to stretch her faith and begin,

Bill has a Seer Mantle (a person who sees visions, a prophet) and his Revelatory gifting takes him into the very presence of the Lord to receive insight for cities, regions, and countries.  He has been set apart by God to be a watchman for Israel.

Bill and Lois were associates of the World Revival Network of Ministries. Catch the Fire Prayer Soaking Ministries.

Lois passed on to glory in January, 2012 before her dream (God's Mandate) was completed on earth. The Lord allowed me to see Lois in Heaven as His heavenly saint. The Holy Spirit impressed upon me that she received all her (God's) rewards even though some of the Mandate was not yet completed on earth, because the Lord knew she would have accomplished every task on earth if she could have.

This website is now being revised to be obedient to God's new direction. In the past the Lord has impressed upon me that Israel is most important and is always on His heart. The Lord's Word stipulates that all things or future events are hinged or programed by Israel's plight. The Lord now is beginning to reveal last day revelation and timing regarding the final events in Israel's future and ours. It is not by coincidence that God named this ministry "Eagle's Wings Ministry". The Revelation 12:14  woman will be carried by Eagle's Wings into the wilderness to escape satan's demise. This woman represents Jacob's descendants, the church or end-time believers. Therefore, I believe it is God's wish that this ministry through new revelation knowledge prepare you the people, for your end time future. The Lord has brought a man into my life to help complete or to understand these last day events. The Lord has told me He has chosen Dwayne Wigemyr to put in writing the last few pages of His book for all people's understanding. Dwayne's book "The Return" is this 'Rapture Revelation'. Dwayne has dedicated 'The Return-Rapture Revelation in memory of Lois Bryden.